Today in our urban cycling gear series we are going to looking over my top 3 apps that you can use to meet fellow cyclist, find/join group rides and train at home.  If you haven’t read the other articles in this series, check it out here. 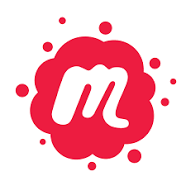 Meetup is a service used to organize online groups that host in-person events for people with similar interests. Meetup was founded in 2002 by CEO Scott Heiferman and four co-founders. It was popularized by Howard Dean’s 2004 political campaign. The company was acquired by WeWork in 2017 and remains headquartered in New York City.

Meetup is an online service used to create groups that host local in-person events, there are about 35 million Meetup users. Each user can be a member of multiple groups or RSVP for any number of events. Users are usually using the website to find friends, share a hobby, or for professional networking Meetup users do not have “followers” or other direct connections with each other like on other social media sites

Meetup users self-organize into groups, there are about 225,000 Meetup groups in 180 countries. Each group has a different topic, size, and rules. Groups are associated with one of over 30 categories and any number of more than 18,000 tags that identify the group’s theme.Most events are on a structured schedule each week or month at  local venues, typically on evenings or weekends.

Meetup groups are run by around 140,000 organizers. Any Meetup user can be an organizer. Organizers set up groups, organize events, and develop event content. They also pay a fee to run the group, under the expectation of sharing the cost with members that attend events. Meetup has policies against organizing meetups around a commercial interest, hate speech, or groups that do not meet in-person. About 28% of organizers have sponsors that provide venues, drinks, and event content.

Zwift is a massive multiplayer online cycling and running video game and physical training program that enables users to interact, train and compete in a virtual world. The company responsible for Zwift is Zwift Inc., it was co-founded by Jon Mayfield, Eric Min, Scott Barger and Alarik Myrin in California, United States, in 2014. The Zwift game was released in its beta version in September 2014 and became a paid product with a fee of $10 per month in October 2015.

Zwift allows players to ride their bicycles on stationary trainers while navigating through five virtual worlds (Watopia, Richmond, London, Innsbruck, and New York). Players may cycle freely around the game world and join organised group rides, races or workouts with other users. Zwift uses ANT+ or Bluetooth Low Energy technologies to transmit data that, in combination with athlete weight and equipment choices, which is used to convert the athlete’s efforts as speed and power (watts). “Smart” trainers, which include a built-in power meter, permit accuracy in the measurement of watts as well as enabling an immersive technology experience, where resistance is applied or lessened to simulate the gradient encountered on the virtual course. Zwift estimates the power of users on conventional trainers via the user’s cadence and the power curve of a wide range of specified trainers.

How does Zwift compare to actual cycling?

It’s different in that:

It’s similar in that: 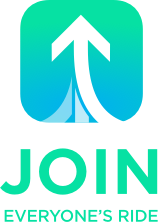 JOIN is the place where your unforgettable rides start. We help many cyclists to find new ride buddies and to explore the best local group rides. It’s completely free, so give it a go and you’ll never ride alone anymore!

Now that you know

Group rides and potentially new cycling friends, there is no reason not to get out and ride more. I hope that you found this article helpful and insightful, if so let us know how in the comments section. Also if you know any other apps please share. As always i am looking forward to hearing from you in the comments section, and will see you in my next article. I will be starting a new series going over the most common types of bikes used for urban commuting, See you there.

If you haven’t yet, Get out and Ride